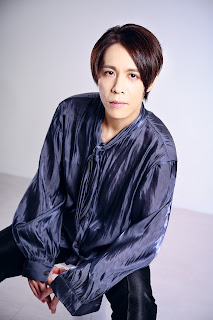 Born in Tokyo in 1978, Kenichi Nishizawa started playing piano at the age of 15, and at the same time he began teaching himself composition. In 1996, he was accepted to the Kunitachi College of Music. However, he left the college after one year. In January 1999, he was awarded both the first prize and the Kodama Prize at the Fifth International Competition of Piano Duo Music Composition. In December of that year, he won the first prize at the Fourth Tokyo International Composition Competition of Chamber Music.

In October 2005, Nishizawa made waves at the 33rd Festival Internacional Cervantino, an annual classical music event. Japan was a special guest at that particular festival as it commemorated the 50th anniversary of the Japan-Mexico Cultural Agreement. His Piano Trio No. 2 was introduced by Japanese violinist Yuriko Kuronuma and others as one of the leading pieces of classical music from Japan, putting it in the company of Ikuma Dan’s opera “Yuzuru.” Nishizawa’s piece also garnered high praise from critics.

Since holding private concerts in Brussels in May and June 2001, the musician has also been active in organizing concerts and performing his own works himself. His broad range of interests have seen him writing essays on music and even taking roles in theatrical plays.

In April 2015, Nishizawa’s first CD was released by Limenmusic Classic & Contemporary Black Line in Italy. The debut features his chamber music pieces, which are performed by the Altus Trio led by Italian Sandro Laffranchini, the principal cellist at l'Orchestra della Scala di Milano.

Available on i Tunes Store 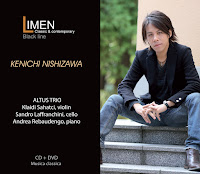