"Concerto for Oboe and Strings" was composed in May 2020, however its premiere was canceled due to the covid-19. "Concerto for Two Violins" was supposed to be premiered in Kyiv in autumn of this year to celebrate the 30th anniversary of the establishment of diplomatic relations between Japan and Ukraine. Together with these 2 compositions the aspiring Kenichi Nishizawa wrote "Concerto for Two Pianos" for this specific concert. The program was influenced by these chaotic times and will be conducted by the composer himself, and the solo parts will be performed by world-renowned maestros.

I started working on this piece in 2013, right after the release of my "Symphony No. 1". I started writing it because it was scheduled to be performed that year, but unfortunately  while I was writing it, the project was canceled. The completed work remained on hold on one of my hard disk drives until June 2022, when I premiered it as a piano-reduction version with Chie Sawada on violin and myself on piano.

After that first performance, a lady gave me a very appreciated comment. She said she got the following impression while listening, "A lonely young man walks through a dimly lit forest, climbs a mountain, meets a philosopher, and descends the mountain quietly satisfied”. I had not imagined “the philosopher” myself, but after what she said, I remembered that the theme was originally planned to be "nature" and "mountains". I am quietly satisfied that I was able to convey that with this piece. Now, with the best co-stars I could ever dream of, for the first time it will be performed in its original state.

I have known Christoph Hartmann since my "Oboe Sonata" composed in 2015. We met  again in February 2018 at the 50th anniversary concert of Japan Double-Reed Inc., where he asked me if I was interested in writing a concerto. He told me it should be for a string ensemble and written in such a way that it could be played by a string quartet too using the same score. This very practical idea, given by him from a performer's point of view, was to my liking. I promised him that I would eventually do it.

In February 2020, just as I was about to finish my opera work and finally begin composing music again, my father collapsed and the world was struck with Covid-19. In April of the same year, when the state of emergency was declared, I rode an empty train to deliver  supplies to my father, but I was unable to visit him. I progressively wrote the scores while soothing my mother over the phone, who was distraught over the uncertain social and personal conditions.

Overall, the work is dominated by gentle musicality. The moderato first movement, the andante second movement. Continuing with the lively allegro third movement which slows down at the end. Followed by recalling the material of the first movement, now portrayed in a major key which all comes to a peaceful end. I hesitated to write this since it is a bit too overwhelming. Because, on a sad note, my father died on May 16th and that was the same day I finished the last note of this piece.

We attempted to stage a performance in 2020, but it was difficult to perform overseas at the time because of the strict immigration restrictions. I am honestly happy that we are finally able to perform it for the first time.

Toward the end of last year into the beginning of this year, I was asked by Chie Sawada, who presides over the Japan-Ukraine Art Association, to compose a piece for her. She asked me to write a concerto for two violins for a concert organized by the association to commemorate the 30th anniversary of the establishment of diplomatic relations between Japan and Ukraine. She also asked if I could conduct the premiere in Ukraine in person, which was scheduled for October this year. I was also informed that Oleh Krysa, who will be the soloist with her, spoke highly of my work "Fantasy", (which is the first piece to be performed today).

It would have been an honor to go and it would be my first time in Eastern Europe. I wondered where to go sightseeing, if the food would be good, and if I could drink a lot of alcohol. I was thinking carefreely about all these things while listening to festive music in my ears. Just before it all came crashing down, last century’s declaration of Mikhail Gorbachev came to mind "The threat of force, mistrust, psychological and ideological struggle should all be things of the past.”

After seeing news reports of the misery in Bucha and other parts of the world, I could not find any convincing musical ideas and for a while I could not write anything. However, I was reinspired by a performance by a friend of mine from Ukraine at a live event in Tokyo. She acted as a corpse while loud music shouted, "Bind, Torture, Kill" (by the Belgian industrial band Suicide Commando), and as I watched, a completely different genre of music started playing in my ears. In the end, I can not do anything for the people who are being bound, tortured, and killed. I can only stand with them, mourn them, and vow to never forget them. In the first movement of the song I do just that.

The third movement consists of a passacaglia introduction and an allegro main part. The passacaglia is a bass note taken from a certain Ukrainian popular song. But it does not retain its original form since I gave it a completely different development progression. The main part is developed by the impression I received from Crimean Tatars’ folk music, which I mixed with typical Japanese sounds.

This work is a twin piece to "Concerto for Two Violins," both in the sense of form as a concerto for two identical instruments and in the sense that they were being written almost simultaneously. They are also twins in the sense of resources. The second and fourth movements contain quotations from "The Mitten" and "The Flying Ship" mentioned above. The music for these readings was originally written for a charity performance in support of Ukraine, and was performed on April 28 this year with readings by Yoko Takematsu, Chie Sawada on violin, and myself on piano. There is no doubt that both these concertos were rooted in what I received from the peaceful and serene worldview of animals gathering and warming up in a winter forest from the folktales.

The only difference between these two pieces is their personalities. Whereas "Concerto for Two Violins" is a work that accompanies Ukraine in the real world suffering from the invasion, "Concerto for Two Pianos" is a piece about what kind of festive music I would have written to celebrate if there had been no invasion. It is the kind of festive divertimento that I listened to at the beginning of this year while fantasizing about Ukrainian food and drinks. I would like that kind of happiness to be experienced again after a free and democratic future is secured.

The first movement is a grand imposing sonata form. The second movement is a scherzo-like ternary form, with passionate main parts and a middle part in which the small animals from "The Mitten" and the fool from “The Flying Ship" gently frolic. The third movement is a slow movement in a gentle binary form, where the first part has a lyrically sung theme, which slowly disintegrates as it heats up in the second part.

The fourth movement is in the style of a rondo sonata. The opening phrase is repeated 15 times throughout the piece (sometimes as a fugue). The piece also uses episodes and the melody from “The Flying Ship” twice. Each time either of these parts or the opening phrase recurs, the key is shifted, to a total of 12 times. Incidentally, the folk tale melody sung in high spirits at the end represents a man who drinks up 40 barrels of wine in a single gulp.

After a year and a half he dropped out of Kunitachi College of Music. Ever since, he has been self-taught and has produced more than 100 works in a wide range of genres, from chamber music to symphonic works and operas using his own scripts. Since his solo exhibition in Brussels in 2001, he has been a figure in the world of music, but has been praised by many renowned performers both in Japan and abroad. "He performs literature in a meditative form" (Das Orkestar).  "Nishizawa's music, with its simple clarity, energetic and sublime content, brings us back to the joy of savoring music that speaks to us from the moving side of being human first and foremost" (Mexican newspaper). In addition to being a pianist with a delicate sound, Nishizawa's diverse talents include calligraphy for stage and film productions and receiving awards for one of his essays.

A leading disciple of David Oistrakh, he is the pride of Ukraine and a leading figure in the world of violin. Winner of the Paganini International Competition and many other top prizes. He has performed with renowned conductors and major orchestras in various cities around the world, and held the 3rd Krysa International Competition in 2019. "Musician of the First Rank" (N.Y. Times).

Since 1992, he has been active as an oboe player with the Berlin Philharmonic Orchestra and he teaches at the Karajan Academy and other venues around the world. He is also active as a soloist and chamber musician. He is a founding member of Ensemble Berlin.

She holds a Bachelor's and Master's degree from the Gnessin State Musical College in Russia, and a graduate of the École Normale de Musique de Paris. Performed and recorded in various countries with Oleh Krysa and with the Ukrainian National Orchestra and Chamber Orchestra. In 2018, she founded the Japan-Ukraine Art Association and became its representative. She is the organizer of international artistic exchange performances, charity performances, etc.

"Harumi Hanafusa's name would be inscribed in the "H" section of the "Master Pianist Directory" along with Clara Haskil and Vladimir Horowitz" (Hi-Fi Stereo Magazine). She is one of Japan's leading pianists, Hanafusa is known for her brilliant playing. She is highly acclaimed both domestically and internationally, performing with orchestras in many countries.

She completed her master's degree at Kunitachi College of Music, and performed in many concerts, starting with a recital at Sogetsu Hall in 1982. In 1992, she started the "Hanafusa Sisters Piano Duo" with her own sister Harumi Hanafusa, and they have given recitals in various places to great acclaim. 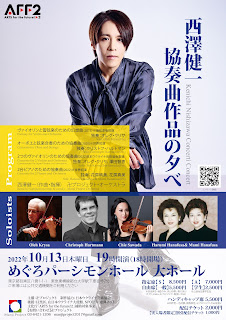 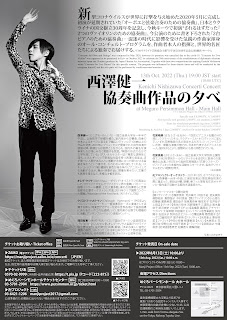